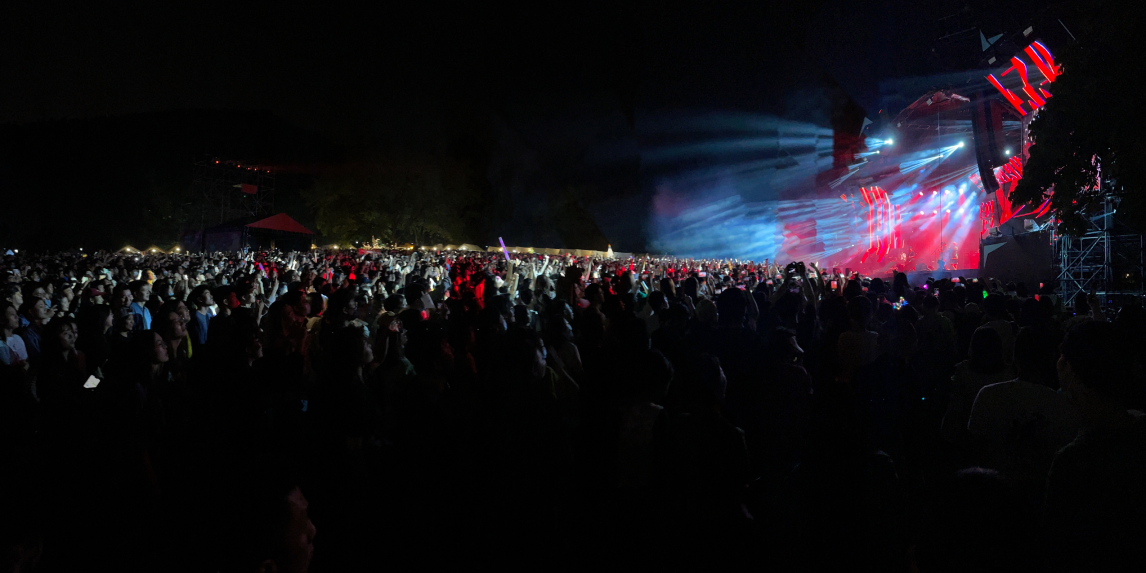 The Westlake Music Festival is a well-known label in China and this year marks the 15th year of this event.

There are three stages for this year. Two main stages for artists and music bands, and one small stage for children’s bands. These two main stages are so-called the X stage and the H stage. Our SE AUDIOTECHNIK products were used as the PA system of the X stage, while the H stage used the PA system from KV2. Our distributor Mr Huang and his team were in charge of the SE system.

The special part of the X stage was the flying system. To achieve more headroom and better sound source isolation, we end up with the A/B system design. We rigged four lines of M-F3A PRO as the main system. And four lines of M-F3A FS were rigged behind the M-F3A PRO with the BFX combo bumper frame. The inner set of the flying system was fed with vocal signal only and can be treated as the A system. The outer set of the flying system was fed with band/music signal and can be treated as the B system. This might be a little bit complicated for the FOH engineer to route the signal, but it shows the possibility of our products for large events.

Regarding the ground subwoofer, we placed them in three lines based on the End-Fire concept.

Successful ISE 2022 in Barcelona
May 30, 2022
Go to Top
Manage Cookie Consent
We use cookies to optimize our website and our service.
Manage options Manage services Manage vendors Read more about these purposes
Preferences
{title} {title} {title}